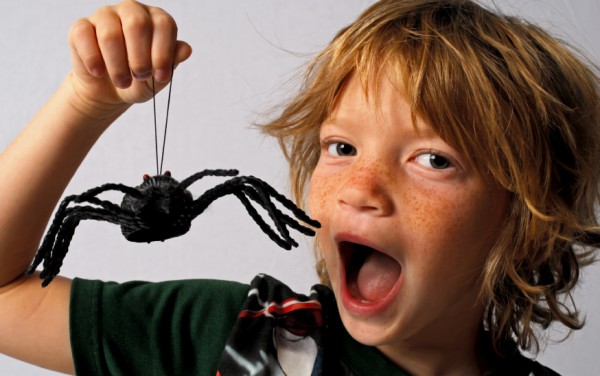 In the old days, April Fool’s Day pranks were passed word-of-mouth or limited to your own creativity, but no longer. It turns out that the internet is for more than just status updates, hilarious cats, and (ahem) adult content. Pranks and prank sites are everywhere, and you can find some pretty clever and amusing ones out there. Below you’ll find just a few of the best April Fool’s sites that have helped pull off pranks in the real world and the internet.

Some of these are pranks that you can actually do online, allowing you to befuddle, harass, amuse, and otherwise annoy a huge number of people with just a few button pushes, but others are completely old school.

Prank phone calls are nothing new, but with caller ID on every cell phone, it’s become a lot harder to make them work. PrankOwl helps you with that problem by giving you several options. You can send recorded sound bites through the site that accuse people of doing things like downloading illegal pornography or messaging the speaker’s significant other. You can have their caller ID show a fake number when you call, letting you mess with them in your own demented way. And you can even set it up so that two people call each other without intending to. Best of all, the site will record the conversation for you.

Can’t be limited to just one prank? Well, Zug is full of options for you. It’s a compendium of humor and practical jokes submitted by users, so there are plenty of ideas new and old to choose from. Yes, there’s even a how-to for a homemade fart machine. The bar has just been lowered.

Who hasn’t wanted to send an email pretending to be somebody else? With Deadfake, you can have your friend’s boss email them about missing a shift of work or break up with them as their significant other. The best part – it’s completely anonymous. Isn’t friendship great?

You know that sinking feeling you get when you approach your car and discover you’ve gotten a ticket? Well, now you can share a more confusing version of that frustration and anger with someone you love by downloading this parking ticket template and putting it in their mail. How in the heck did they get a $500 ticket?! Guess they’d better call the DMV to find out. Mwwwaahahaha.

Everyone loves Waldo, right? That adorable candy cane-looking guy has been on the run for a generation or more, always showing up in the strangest places. Well, if you have friends that just can’t resist finding him, send them here. Not only is Waldo absent (for once!), there’s a little surprise waiting for them after they look at the picture for a minute or so that will scare the crap out of them. Just make sure they have the sound on.

Pretty much what it sounds like. With this site, you can send someone a message with a self-destruct timer on it so it will completely disappear after the timer gets to zero. Maybe it’s a professional-looking email about a big rebate they’re getting. Or a derogatory message from someone that causes them to go ballistic… then vanishes without a trace so that they have no proof.

There have been lots of good online April Fool’s jokes over the years. Remember Gmail Paper? How about that awesome-looking Aurors TV show supposedly picked up by FX a few years ago? Well, last year wasn’t any different. Here are some of the very best web-based April Fool’s jokes from 2012.

Imagine owning every single video ever posted on YouTube on DVD! Your family could enjoy it for generations… because that’s how long it would take to watch. Sadly, this product is not real, and there’s a dead giveaway. Is it the fact that it’s insane and possibly not legally permissible for YouTube to do this? No! Companies do that all the time. It’s the fact that they’re offering it on DVD instead of Blu-Ray. Come on, YouTube.

There were lots of Google April Fool’s Day jokes, but this one takes the cake (the trophy?) for being somewhat believable with the reveal of Google’s self-driving car. The photo with the “driver” holding his hands out of the window is pretty priceless, too.

PSS crowdsourcing for a new name

Product Support Solutions is fairly unwieldy, so it wasn’t completely unbelievable that a company like PSS would want to change their name, especially since they’re just entering the echelon of big-time businesses. That belief, however, lasts only until you get to the list of names they were supposedly considering within the company. It includes things like “Pretty Special Service” and “Phone Speaking Services.”

More like reading an Onion news story, at no point do you actually believe that reddit is serious, but it’s still a pretty amusing commentary on Facebook and our obsession with social media updates. The idea is that reddit timeline allows you to see social news from the past, present, and future using “never-seen before time travel technology.” We would use it for something like social media, wouldn’t we?

This one is so genius that it may (sadly?) become a reality. Catblock doesn’t just block annoying ads, it turns them into annoying pictures of adorable and hilarious cats. Why? Because they’re taking over and you can’t stop it. People found it so hilarious that the developer is now creating a real version. Hopefully, after reading some of last year’s most impressive jokes and checking out a few of the sites with pranks that you can do, you at least have a few new ideas for this year. Remember, the best pranks are those that you create yourself. If you’re lucky, you’ll come up with some April Fool’s jokes that allow you to amuse and annoy your friends until they no longer want to hang out with you. Happy fooling!