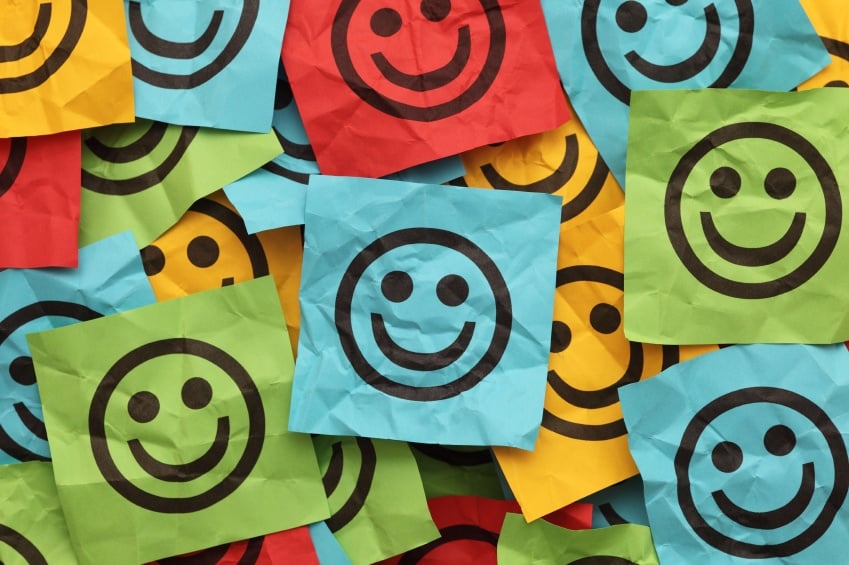 Today marks the 30th anniversary of the famous smiley face emoticon making its debut into today’s modern language, when Professor Scott Fahiman of Carnegie Mellon University in Pittsburgh posted a message that included the sideways smiley using an open bracket and colon :-). His reason for using the smiley was to make it easier for people to distinguish the tone between emails that were meant to be humorous, and those that weren’t. The professor posted a message to an electronic message board on September 19, 1982 at 11:44am, and in it he wrote

I propose the following character sequence for joke markers: :-) Read it sideways.

The smiley face idea went global within months, and today several variations can be found across multiple devices. Share your favorite smiley face below!

Kristina Guzikova is a Creative Project Manager at Intechnic, with 12 years of experience managing projects for various clients in insurance, non-profit and government sectors. She has earned a UX Certification from Nielsen Norman Group and completed project management courses at Northwestern University. Kristina is highly effective in collaborating closely with creative directors, marketing managers, and IT specialists to meet project needs and deadlines.