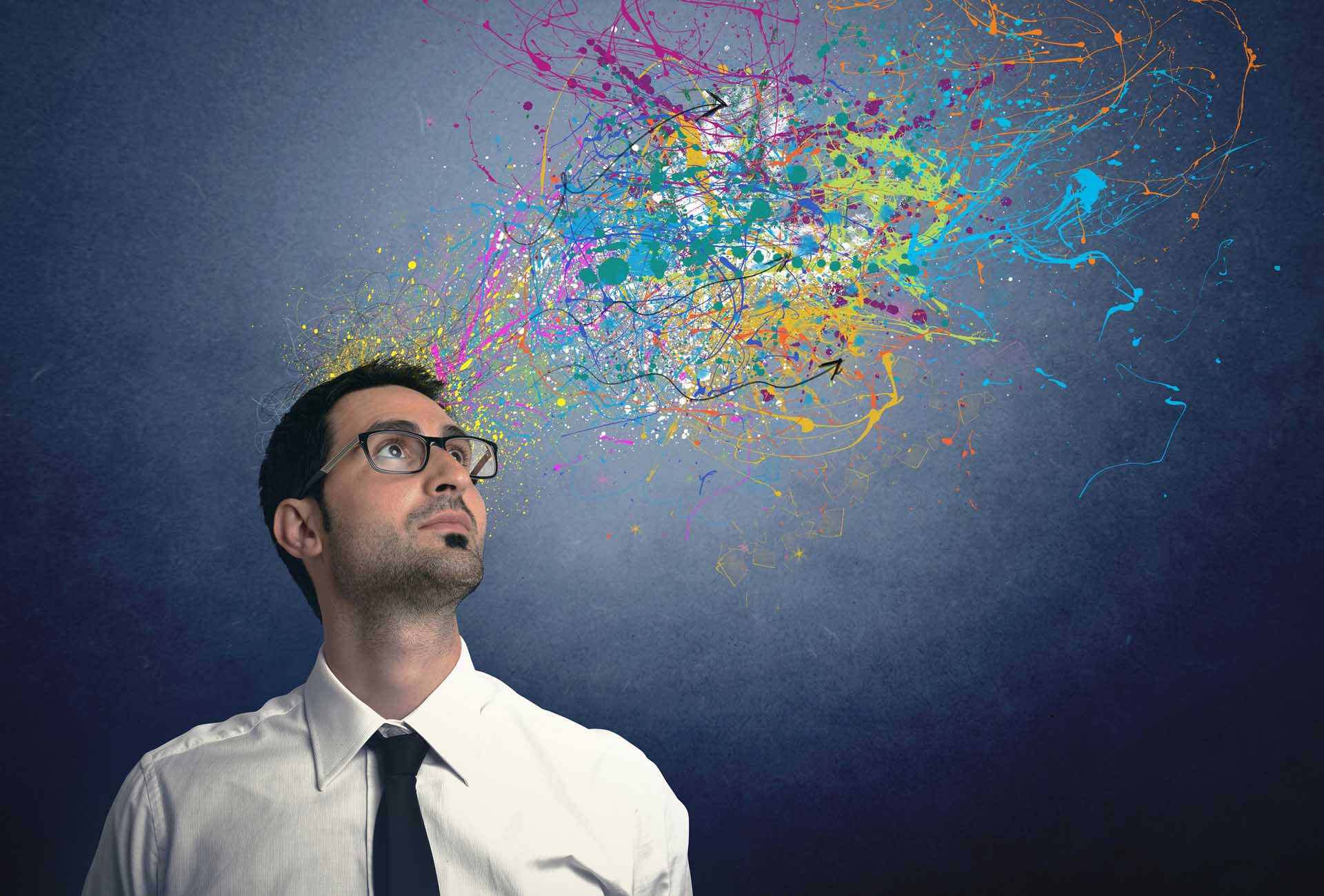 Graphic Designers vs. Technology Firms - Who to Hire for Your Website? 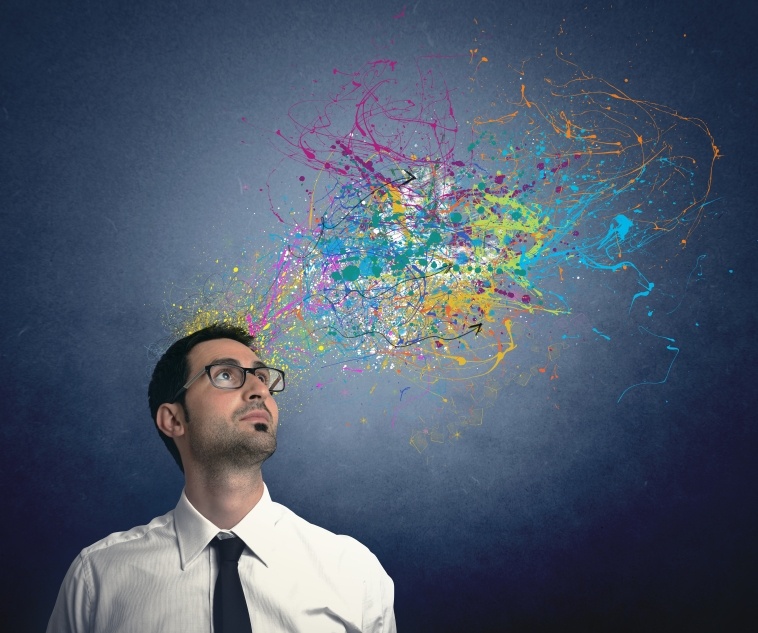 Continued from 'Freelancers vs. Agencies - Who to Hire for Your Website?' Have you ever heard people say they are more right-brain or left-brain thinkers? The theory of right-brain/left-brain dominance was presented in 1981 by Nobel Prize winner, Roger W. Sperry. His theory claims that creativity, communication and marketing tend to be right-brain activities, while technology, analytical thinking, and programming are more left-brain functions. Although the theory was recently debunked, many professionals in the industry state that they are "more creative" or "more technical". The same applies to cultures within web development firms. There are "creative" companies that specialize in design, marketing and communications and "technical" companies that specialize in programming and technology implementation. This is largely due to companies expanding their teams by hiring people who think and perform like their leaders.

My company, Intechnic, began as a strictly "technical" company. As we expanded, we hired right-brain thinkers to improve our design and marketing capabilities. Let me begin with creative companies for the following reason: with the growth of the Internet, many design firms that traditionally specialized in print became web designers overnight. Designing for print versus designing for the Web are quite different. What looks great on paper does not necessarily look and function well on a website. This is especially true for websites that require interactive, advanced functionality. Because of their extensive experience designing for static media (paper), many graphic designers struggle to master working with dynamic media (the Internet). They often lack the fundamentals for creating online interfaces and the technical skills required to create what cannot be done on paper. For example, a website designed with the “print” ideology may appear great on the graphic designer’s printouts but will not display well on smart phones and tablets, and conversely, an e-commerce store might take on the appearance of a paper catalog. You can often identify such companies by their own websites. They focus on design and marketing and look more like online brochures as opposed to having interactive functionality.

The dirty little industry secret is that technical work is often outsourced to freelancers or partnering technology firms outside their clients’ knowledge. Although a graphic design firm might fully understand the marketing and communication aspects of a website, behind the scenes the technical implementation may be outsourced. The technology-oriented companies often have the opposite problem. These companies usually specialize in the implementation of IT strategies, infrastructure and software development. IT companies have strong backgrounds in technology and programming, and unlike design companies, they are quick to incorporate the latest and greatest technology, but they are lacking in design and marketing skills. If a website was designed by a programmer (left-brain dominance), the website will function flawlessly but will not provide results in operational growth or increased revenue. You can recognize such companies by their own websites; they understand the functionality, but they don’t know how to make the visceral or emotional connection with the visitor.

Technology companies also try to compensate for what they lack by outsourcing their design and marketing work to creative firms. The problem with this approach (and the converse as well) is that two separate teams work on your project, and the end result is directly related to how well these entities communicated. Unfortunately, communication is often lost in the abyss. Sometimes right-brain and left-brain differences are so vast that teams don’t even understand each other, let alone produce effectively as a cohesive team. Consider this analogy. Imagine having an artist (Susan) and a rocket scientist (Frank) working on John's new website. Jen tells the team she wants a world-class website. There is only one problem—Susan and Frank have different pictures of a world-class website. Susan is inspired by the opportunity to create a masterpiece. She already has visuals and contemplates styles, colors and aesthetics for a true work of art website. Meanwhile, Frank is thinking horsepower. His website must be powered by the latest propulsion system—exactly what will make it world-class in his opinion. Frank needs room for his big engine and is annoyed by Susan’s "artsy stuff" bogging down his speed. They both want to do a good job for John, but their visions are polarized, and they struggle to find common ground. Susan’s arguments are not well received by Frank because he insists the website should be powerful and functional (like NASA’s rockets). Susan perceives the visitor’s experience as joyful and aesthetically rich (like a museum piece). Eventually Susan or Frank will have to bridge this chasm, but, will compromise on both sides produce a website that is ugly or dysfunctional…or both?

Many creative and technology company partnerships do succeed. They establish effective lines of communication and deliver effective results. This level of communication often comes at a price, which is ultimately transferred to you. Prepare to pay for redundancies like multiple project managers and account executives on both sides. You will have two sets of managers working on the same phases of production, and the challenge of merging their work results in an additional expense because of these duplicated efforts. Full service agencies have left-brain/right-brain issues as well, but they are on the same team and under the same management. They follow the same procedures and protocols, which facilitate cost-effective management and produces better results. In fact, that’s the whole idea about full-service agencies. They specialize in cohesively managing creative and technical people under the same roof. 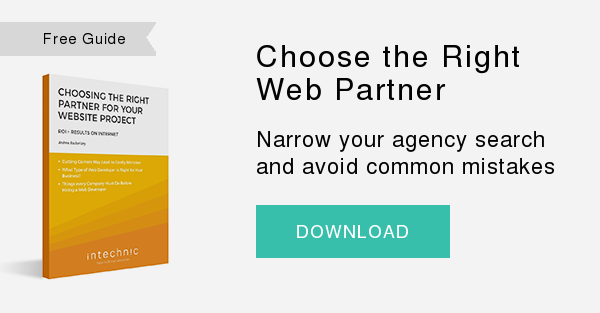 Next: Local vs. Offshore - Who to Hire for Your Website.

Andrew Kucheriavy is the Founder and CEO of Intechnic. He is also a published author, blogger, and a recognized visionary with functional expertise in User Experience (UX) design, business strategy, inbound marketing, web development, and business development. Andrew has worked with some of the world's largest brands. He serves on the Forbes Technology Council and was the ninth professional in the world to be awarded Master in User Experience.

How to Prepare Your Business and Website for the Coronavirus

Marketing Effectiveness - How to Measure Your Marketing Success

How to Get the Most from Google Analytics - Tips, Tricks & Best Practices