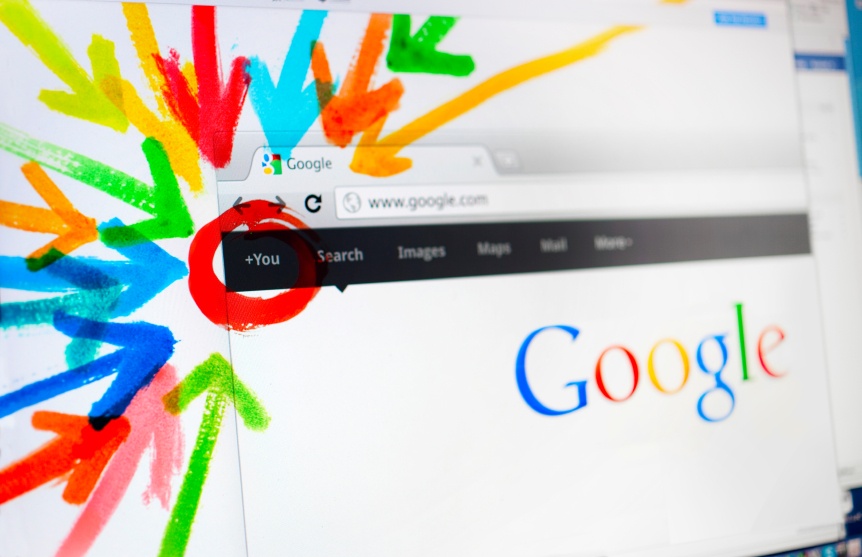 Why Google+ Matters, and 6 Tips For Growing Your Followers There

Google+ is growing, and its impact on your website’s visibility is already much larger than you might think. Despite the fact that you personally may not be active on the platform, your business needs to be. Why? Because increasingly, the data is suggesting that Google+ is actually the second most-popular social network in the country after Facebook. Google has the power to make its +1 button omnipresent across the Internet, including integrating it into your search results, without the need for users to be logged into a separate social network as is the case with Facebook, Twitter, LinkedIn, Pinterest, Tumblr, and the like. What’s more, your website’s search ranking is highly impacted by social signals, and when we’re talking about Google as the search engine, obviously its own social network is going to be weighted for increased exposure. In addition, if you or those publishing content on your website have connected their Google+ profiles to their content using Google+ Authorship, those profiles will get even more exposure and clicks wherever your content appears in search. Not yet convinced? Check out the following Google+ stats:

The precise future of Google+ is still uncertain, in terms of what features will be expanded or dropped, and what long-term uses the Google team foresees Google+ serving as differentiated from its rival social networks. But in the meantime, be there or be squarely at a disadvantage. Here are 5 tips for growing your following on Google+:

A quick guide to choosing a cover image and profile photo on Google+: 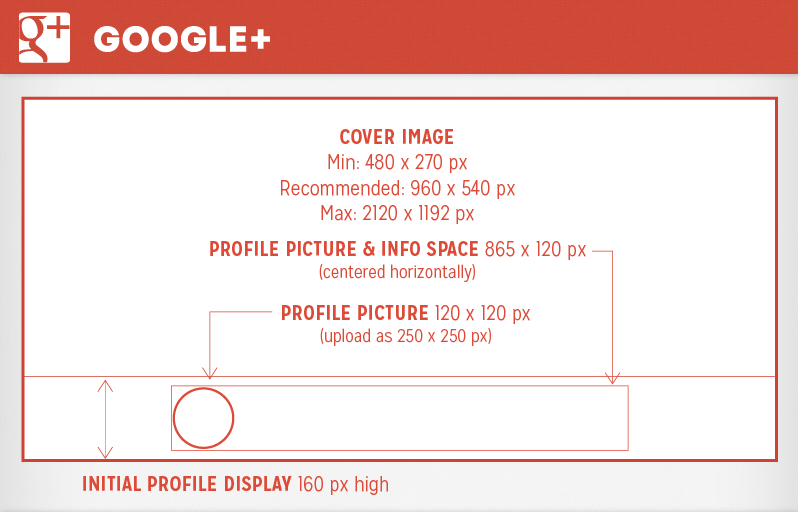 (Source: Raidious) You can even download a Google+ cover photo template from web designer Stephen Hovnanian’s WebSIGHTHangouts.com. Note that as a business, you are creating a Google+ page, versus a Google+ profile. You must have a personal Google+ profile in order to create a Google+ page. Keep the tagline on your page concise and keyword-rich, and include keywords in the file name of the cover photo you upload. In addition, if you have a physical address, you should also claim your local business page on Google+ Local (works like FourSquare or Facebook Places).

One of the most useful features of Google+, in comparison to Facebook, is the ability to categorize the accounts you follow into customized “circles,” sort of like Twitter lists. In order to strategically organize your outreach and engagement on Google+, you’ll want to create specific circles based on keywords relevant to your business. Start with 7-10, and build from there. Bear in mind that no one has to see your circle labels, so feel free to implement whatever identification system works best for you and your team. Managing your circles is fast and user-friendly; just drag and drop each user you follow into the circle of your choice, and right-click any circle to edit it. You can also see which users have added you to their own circles under the “Added You” tab -- if you’re following a user, but they aren’t following you, they won’t see your content.

Just like on any social network, engaging proactively is pivotal in nurturing a healthy following. “Pull,” don’t “push,” by commenting on others’ Google+ posts and clicking “+1” on relevant and interesting content. Be responsive, reacting to comments on your own posts, and keeping the thread going on others’. You can also join the conversation in any of the thousands of Google+ Communities that exist for nearly any topic; it’s kind of like Reddit on Google. Every time a new Google+ user sees your page name, it’s an opportunity to nab a new follow. 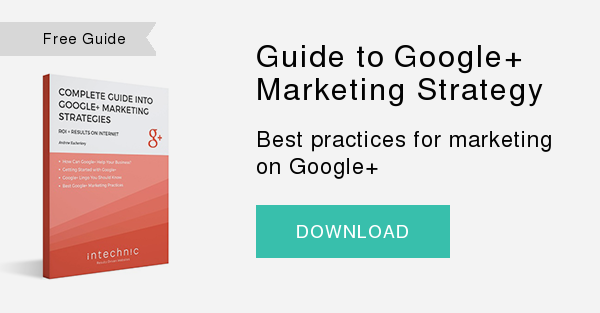 Similar to above, just like on any social media channel, best practice for business pages is to share a larger proportion of non-promotional content than propagative content. Generate sustained interest in your Google+ page by sharing rich photos and graphics, posing thought-provoking questions, and re-post anything interesting you’ve found outside of your businesses’ ecosystem. Pepper in your own content, rather than hammering your followers over the head with the equivalent of an RSS feed of your blog, and you’ll find much greater success in cultivating a quality Google+ following. A good rule of thumb is to post 8 non-promotional posts for every 2 promotional.

5. Join Google Hangouts, and host your own

Another aspect of Google+ that sets it apart from the other major social media platforms is its integrated video chat functionality. Looking for a few to get started with? Google has a Hangouts schedule that posts popular global chats coming down the pipeline. By participating in other pages’ Google Hangouts, you’re inherently promoting your brand, just like chiming in during a Twitter chat or attending a live conference. You can also set up your own face-to-face conversations with customers and prospects to humanize your brand and forge new connections. Google has a great how-to video on setting up your own Google Hangout. You can even stream a “Hangout On Air” publicly on Google+, your YouTube channel, and your website. Are there any tips on growing a Google+ following that you’d add to this list?

Allison Stadd is a digital communications and marketing professional with experience crafting social media strategy for everything from small women-owned businesses to global brands. She is also a freelance writer, blogger, speaker, and social media consultant.