In the last few decades, we’ve gone through the rapid ascent (and even faster decline) of such luminaries as AOL, Yahoo!, and MySpace, among others. In the physical world, you can even add to the “change” list things like VHS to DVD to BluRay to the pure information of the digital download that encompasses video (movies and TV), audio (music, podcasts and so on), and text (the crazy emergence of eBooks). The simple answer to what will come after Facebook, of course, is that no one really knows. It does seem pretty clear, though, that if one thing is here to stay, it’s change. More than that, it’s disruptive change. Something that will come along and alter how we interact with the internet and the world. Let’s take a look at a few possibilities that range from the highly plausible to seeming closer to the realm of science fiction – though plenty of people would have said that about our current world 20 years ago.

You might have heard of this one already. It’s Google’s latest big idea, and essentially it’s a pair of glasses that let you take pictures and share the world around you with people. In its current form, there’s no way it could replace Facebook, but people have already modded it in interesting ways that open up all kinds of possibilities – like, for example, translating what someone is saying to you in another language in real time, with the translated text showing up for you to read in the glasses. Nice, right? Now, imagine that you ran into another person with these glasses (or another accessory that worked on the same principle) and you could trade information about each other in a Facebook friend-like fashion. It could become a way to move the virtually connected social space of Facebook into the real world, or simply a way to further integrate a Facebook-like application into your life – instead of having to hold your phone to read status updates, you could do so hands-free with the glasses.

The Holy Grail of all digital business – what if someone could create a way for you to essentially enter the world of a Facebook-like service and virtually walk around and interact using an avatar. Instead of just reading status updates, you could hang out with your high school friends in the morning, then say hi to you college buds over a virtual beer before trying on some virtual clothes (programmed so that they know the measurements of your real body) using a Macy’s app.

Facebook has done a decent job of exerting a gravitational pull and sucking in a variety of companies to increase the breadth and depth of what they can do, but other companies have been getting in on the action, too. In particular, video game consoles, cable companies, and even TV manufacturers themselves have been diving into the multimedia ring. Xbox 360 not only has a Facebook app that you can use through your TV, but apps for a variety of TV networks, Netflix, online radio, and more. It’s completely feasible that a company such as Microsoft might create a competitor we come to see as superior to Facebook because of how easy it will be to also do things like watch TV, play games, and even video chat using our giant flatscreen monitors. Why not if it can do everything Facebook does – and more?

As much as we talk about how change is the norm, let’s not forget that Facebook has already done a good job of reinventing itself and constantly tinkering with their winning formula to further increase their success. While history isn’t on their side in the long run, there’s every chance that they might be the ones to create one of these changes (or, more likely, come up with something even better) and maintain their top dog status for the next few decades.

None of the Above

One of the first things we said was that nobody really knows what will be next, and it’s because disruptive technology is something no one saw coming! 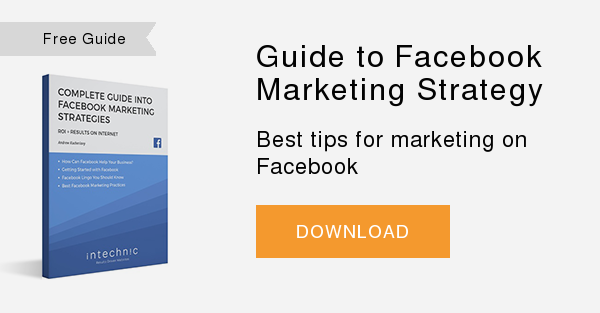