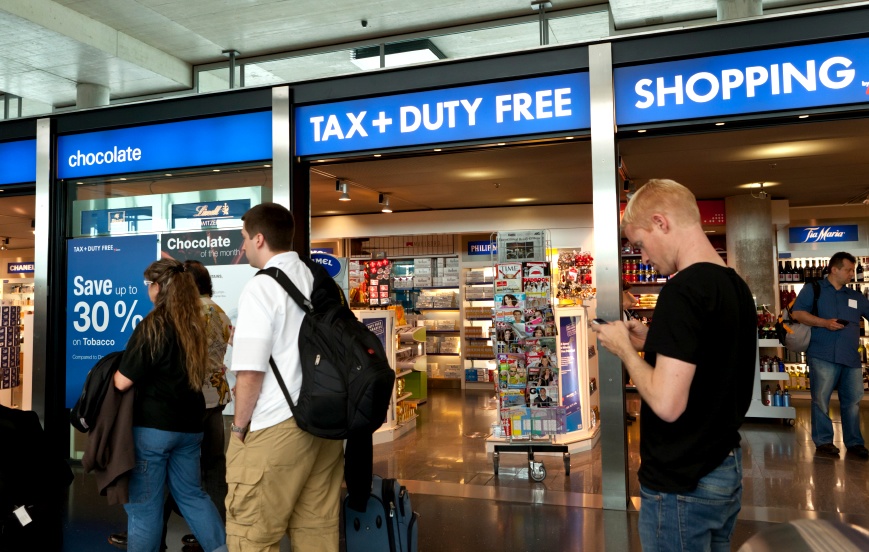 The Marketplace Fairness Act and Ecommerce – What Effects to Expect

Unless you have been living under a rock, obsessed with the NFL draft and post-draft analysis, or wrapped up in the latest tabloid exploits of the Kardashians (I am just guessing something has happened there, no clue), you have probably heard about the Marketplace Fairness Act, or more commonly known as “Internet sales tax legislation.” Put simply, if the legislation makes it through the full votes in the Senate and House, Internet retailers will be required to collect and remit to state and local governments, sales taxes on all online sales.  Sounds pretty simple, right?  Maybe, maybe not.  What is clear is that if this legislation passes, it will have a significant effect on all relevant parties. As many of our clients engage in e-commerce, we’ve spent a good bit of time talking to them about what to expect and how this legislation could affect their business overall, not just their website.  While everyone should be aware of what the potential outcomes should the Marketplace Fairness Act pass, it is very important for businesses who conduct business online be aware of how they will be affected, and be prepared to react. What follows is a light-hearted, though thoughtful look at how each party could be affected by the Marketplace Fairness Act.  Just a note, we are not stating an opinion one way or another, merely indicating how the relevant parties will likely be affected.  If you want to debate the legislation and call names, please take it to Foxnews.com, CNN.com, etc.

Technically, this legislation should not affect consumers at all because, technically, we, as consumers, are supposed to report and pay taxes on all Internet purchases through “usage taxes.”  And if you are one of the three people in the country doing that, we’d like to talk to you about a lovely bridge in Brooklyn we are looking to sell.  So, whether you say this is a “new” tax or not, the legislation, if passed, will result in most consumers paying more in taxes.

If online retailers are required to file up to 46 tax returns (45 states and DC charge sales tax), then many might choose to only sell in states where they get enough business to justify the hassle and expense of filing a return.   This could result in less choice for consumers.

Contrary to popular opinion, not every brick and mortar retailer has a website and not every brick and mortar retailer that has a website is geared toward e-commerce.  So for traditional click and mortar retailers, this legislation will result in at least a partial leveling of the playing field – or at least it will from their perspective.  Who among us can honestly say that you have not researched a product at the store, pulled out your Smartphone, and compared prices on Amazon or another Internet retailer?  I would venture the answer is probably the same three people who are actually reporting their Internet purchases when they file their taxes.  If consumers have to pay taxes on their online purchases, they might be more likely to purchase at the store, versus online.   It is this concept that is the reason why the Marketplace Fairness Act has seen bipartisan support. 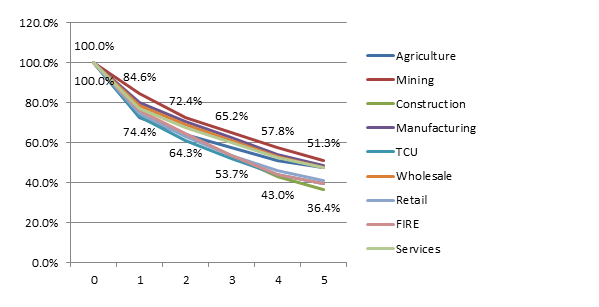 Now, you might ask, “How will a level playing field result in less opportunity for brick and mortar retailers?”  Well, simply, this legislation could make establishing an online retail presence less attractive as a growth strategy, or at the very least limit the states businesses chose to conduct business through the Internet.  Given that the five-year failure rate for small businesses in the retail sector is over 41%, this is not an effect to be dismissed casually.

Based on a total of $226 billion in Internet Sales in 2012, the new legislation could result in up to $23 billion in additional tax revenue.  That is no small chuck of change and will certainly benefit cash strapped municipalities and states.  The question remains, however, at what cost will that benefit be reaped? 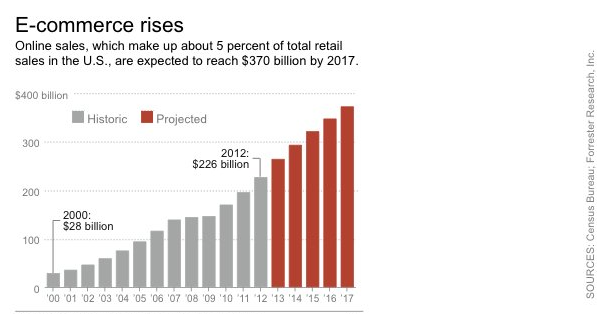 Part of the legislation requires states to provide free software to Internet retailers, so they can properly calculate and collect taxes.  So, at minimal, states wishing to collect the Internet sales tax will have to provide the software to facilitate that, and facilitate the cost of its development and updates.  There is most definitely a cost involved there.  It is probably minimal in the grand scheme of things, but it is there.

I am honestly shocked that, in the many articles and opinion pieces that I read, no one mentioned this.  How much will state revenue department operating costs increase as they ramp up staff, equipment, etc to collect this new revenue?  For larger states, whatever it is, it will likely be worth it.  But for less populated states, will the benefits be worth the costs (real or perceived).

One would logically assume that, with an increased number of returns, the number of state audits will also increase.  So, like the increased number of returns to review, this will result in higher operating costs for the states’ revenue departments.  And here is the kicker: remember, the taxes collected are being calculated by software provided by the state.  Seems like a pretty good defense for any retailer that gets audited: “Hey, I collected and paid what your software told me to.  If it was wrong, that’s your fault.”  NOTE: If you are a software developer, you might want to consider not taking a gig developing this software.

We saved the “best” for last on this one and, for the purposes of discussion, it would not be much of a stretch to say that this is the group who will be most affected.  To start, if you sell online, but your online sales are not $1,000,000 or more annually, relax, take a sip of coffee and enjoy the rest of this blog because the new legislation does not affect your business.  If your online sales cross the $1,000,000 threshold, you might want to take a drink of something stronger than coffee before reading any further.

For online retailers whose online sales do total over $1,000,000, they will now have to collect and pay taxes in ANY state where they have sales (with exception of the five states that do not collect sales tax – AK, DE, NH, OR, and MT).  With no clear indication as to what tools will be provided to businesses to assist with this, other than the software, smaller online retailers will face tough decisions on whether or not to place limits on the states with which they chose to do business.

Depending on the state, businesses will be required to file returns either monthly or quarterly.  So, at minimum, a business that sells to customers in the 45 states that collect sales tax (and DC) would have to file, at minimum, 180 new tax returns!  That is assuming that each states only requires quarterly filing, some require monthly.  I am not counting the state in which they are physically located, since they are already collecting sales tax there.  If the business is located in a state that does not collect sales tax, that headache would be even bigger because now they have to do something they have not done before – file a state sales tax return.

At minimal, this new legislation will require businesses to integrate the state provided software with their website.  If they have one of the generic, one size fits all web stores we all see advertised, will the software integrate properly?  If so, how easy will it be to do so?  Will the company that sold them the solution pay for and support the integration?  If the software won’t integrate, then the small retailer will now have to develop a new site (good news for web developers).  Companies that already have a custom web site will at least have the comfort of being supported by the developer that built their site, but will still have to pay for the integration.

As you can see, there is A LOT to consider when looking at this new legislation.  Hopefully, our elected representatives will consider all of these, and I am sure many other factors, when debating, modifying, and presumably passing Internet Tax legislation.  All this might be academic as it would appear this bill has the required votes to pass in both the Senate and the House.  Our best advice, make sure you are ready either way.  At the time this blog was written, the Senate had set May 6th as the day it would vote on the Marketplace Fairness Act.  Should it pass, at that point the bill would be sent to the House for debate, and potentially a vote.

Grant Epstein is a Senior Account Executive with Intechnic. With over 15 years of sales and marketing experience, Grant has helped companies across the country grow their business through effective marketing solutions, training and education, and partnership sales efforts.