Intechnic on the Red Carpet at the 2013 American Music Awards

Intechnic’s own Andrew Kucheriavy attended the American Music Awards at the Nokia Theater in Los Angeles Sunday, November 24, 2013. This was the 41st Annual AMA event with spectacular performances and a “Who’s Who” of celebrities in their designer fashions. 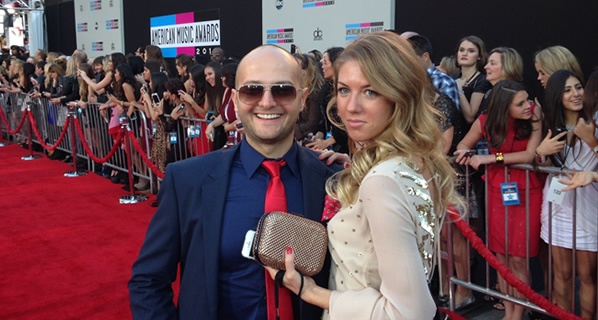 Some of the stellar performances of the night were Lady Gaga and R. Kelly, Rihanna, Miley Cyrus, J.Lo, Justin Timberlake, and let’s not forget Taylor Swift, who received her third straight win as “Artist of the Year”. Christina Aguilera demonstrated her powerhouse voice in “Say Something.”

Andrew Kucheriavy, Intechnic’s CEO remarked, “The performances were a great mix of musical genres, and we enjoyed the evening very much. We met and chatted with a few performers on the Red Carpet, and at dinner following the event. It was certainly a night to remember!”

While in Los Angeles, Andrew explored expansion of Intechnic’s services into the entertainment industry. Intechnic has already designed an engaging and social website for Enrique Iglesias that has received industry raves.